DrupalCon Prague was held in the Czech Republic from September 20 to September 23, 2022, with Friday September 24 being dedicated to Open Source contributions. As the only Promethean based in Europe, this event was a bit closer for me than for others in the company. This was my second time in Prague, since DrupalCon Prague 2013.

The Czech Republic is in the center of Europe. It is bordered by Austria to the South, Germany to the West, Poland to the Northeast, and Slovakia to the Southeast. Without any access to the sea, you will not go there for a swim. It is, however, a beautiful city and DrupalCon Prague was a success, especially after few years without a face-to-face conference (Covid-19, I am talking about you).

Dries Buytaert, the founder of Drupal, talked about the current social media situation with the goal of selling private information, rather than connecting you with your friends or family. He mentioned companies using closed software and emphasized that, we don't exactly know what they do or how they work. By reducing the access to the code and the freedom of its users, closed software limits creative freedom.

Dries also talked about the idea of "Good Software," which he defined as:

Concerning closed software, Dries emphasized: "Nobody really knows what it does. It is not fail-safe. It can crash. It can lose data. You don't know what's under the hood. Ultimately, you may not have creative freedom and you are limited by these platforms. I really want good software to win. We should all want good software to win -- software that is open and flexible, that gives you unlimited freedom, is accessible, pro-privacy, no lock-in."

Dries compared his small, personal website against some of the largest social media websites, and noted that his small site ranked better when it comes to accessibility. "It shows that those companies don't put accessibility at the core of their values. And if you use them to share your information, you can't do anything about it," he noted. This is in sharp contrast to Open Source technology, where you have full control over your tools and you are in control."

Concerning the market for Open Source Dries observed, "the output is very positive with most Drupal agencies reporting a growth in the amount of work they have."

We should all want good software to win.

The Drupal community and Drupal.org are working on making contributions easier, providing new tools and processes for existing and new contributors. Fran Garcia-Linares, one of the initiative lead, gave an overview of the integration between GitLab and Drupal contributions. With GitLab projects like the Provus Drag and Drop Drupal tool will also get a Kanban board and priorities into issues. The continuous integration with GitLab will also facilitate automated tests and early feedback.

As our favorite CMS is getting more mature, initiatives are improving contributions and usage, and Drupal is getting easier.

You can watch the entire presentation here:

Recipes are currently under development, with this specific initiative. The importance of distributions for Drupal was mentioned by Dries and the initiative is being led by Alex Pott, a Drupal Core contributor and maintainer. The presentation by Alex during the conference gave me an overview of the system.

I met Alex for the first time during the Drupal contributions sprint held in London. During DrupalCon Prague, I was able to chat with him about the initiative and learn about the current progress that the team is making.

The idea is that recipes are a one-off tool. You ship it once (using YAML files), and it contains a specific configuration, needed at that point only. And that's it. You don't ask users to apply the same recipe again.

A recipe is like a small set of config files, being applied only once. You will not select a distribution as a unique option during the install process. This is how the initiative's working group is planning to make it possible to use several distributions in a single site.

This is a big change for Drupal, because projects have always been limited to selecting a single distribution. In the future we can imagine that you install your website using Promet's distribution Provus, and later you could add another distribution to your project, such as Drupal Commerce.

There are a lot of opportunities for distribution systems. Dries mentioned that distributions are currently under estimated, and already playing a major role in Drupal's success.

I met Micheal Cooper in Japan few years ago, when I was presenting at DrupalCamp Japan. He is the Website Administrator at the Okinawa Institute of Science and Technology (OIST). While I was Japan, Micheal was introduced to me as knowing Japanese better than the Japanese themselves, which says a lot about his knowledge about Japan!

The particularities of Japan was central in his presentation concerning website design and development for higher education. OIST is a very multidisciplinary, multinational, multicultural and multilingual, science and technology university.

OIST has a very unique location. Okinawa is in the East China Sea between Taiwan and Japan's mainland. Unlike Tokyo, for example, it has a tropical climate, broad beaches and coral reefs. The university has 242 PhD students from 50 countries. Knowing that Japan's non-Japanese population is only approximately 1.6%, OIST university is an impressive multicultural environment for Japan.

OIST has organized itself without departments, and is rather cross-disciplinary. Micheal developed the idea of having no departments and shared the illustration below, which helped in the organization of tags and units. This was very interested for me as our work on Portland State University was built around the university's departments, and that's usually how university websites are organized in the USA.

The university is young, 10 years old, and grew a lot from its creation. Their website went through major redesign and modifications. Switching from complex and several menus levels, to a more minimalistic approach with a structure around strategic goals. Reducing the choices provided better experience and help achieve critical navigation goals.

Micheal shared the web content translation process at OIST. The start with the source materials in english, and translate this part in Japanese. To get a rough first translated version, they use an Artificial Intelligence service called DeepL to save time. The draft will be sent to a translation team. Micheal emphasized the importance of video media for the university and the complexity of translating content for video media, using several translation tracks.

The presentation "Raising the Bar: How to Ensure a Consistent Standard of Accessibility," by France-based Drupal consultant, Tom Bamford was a great showcase for the importance of accessibility in websites, as well as why accessibility is sometimes overlooked, and how to grow awareness.

Tom pointed out that it's a misconception is to think that disabilities are rare. They are not. Tom mentioned that 1.3 billion people worldwide live with some form of disability, and that nearly everyone is affected at some point by a temporary disability such as a broken hand or cataracts.

Digital accessibility is the inclusive practice of ensuring everyone has equal access to information, functionality and experience on digital platforms.

He listed the most common failures of accessibility such as: Low contrast text, missing focus indicators, empty links, missing labels on forms, and poor keyboard navigation. This is exactly what we usually encounter when we execute ADA compliance and accessibility trainings. This can be due to lack of requirements during the development phase, missing steps on content reviews, lack of testing, or unfortunately because people do not care.

It is crucial that people in a position of leadership understand the importance of accessibility. Tom explained several ways to grow empathy and awareness inside organizations: empathy labs, accessibility personas, meetups with accessibility presentations, workshops, and trainings through universities, internal discoveries, or other formats.

I had never met or seen Filip Hnízdo presenting before, but we have a common friend who recommended me to attend his session, and this was a great recommendation! Filip funded a small digital agency in London called Octophin Digital focused on technology for wildlife conservation and his clients include the World Wildlife Fund and the London Zoo. He is building web solutions using Drupal for various complex implementation. Years ago one of his projects had a huge success, and crashed. This experience forced him to learn cache, optimization and high traffic websites strategies. Learn by experience!

Filip showcased some of his work, from games to raise awareness on wildlife conservation to online maps, built with either WordPress or Drupal. He explained his experience using both platforms, which I completely agree. He had a great experience with WordPress for smaller projects, without complex content.

While Drupal provided him the best tools to build challenging experiences with complex content and architecture, he emphasized the importance of testing with your audience because they are the best to tell you what is right. His presentation was also about doing good work and the rewarding experience of working for something you care about.

Friday was dedicated to Open Source contributions. There were two main rooms, one for first-time contributors, and the second for experienced Drupal contributors. I was able to make good progress on an issue I've been working on for a while now, with the Drupal Association. Neil Drumm, who works at the Drupal Association, was very helpful in enabling the issue to move forward. My goal is to improve the interface about contributions for a single company, by providing filters and sorting options on companies' contributions pages.

Fun fact: As I left the venue on the last day, I ended up in an elevator with Dries Buytaert who told me "Au revoir." As the next DrupalCon Europe will in France, I think he is getting ready! It will be my pleasure to show the French culture to friends from the Drupal community.

See you next year in Lille, France! 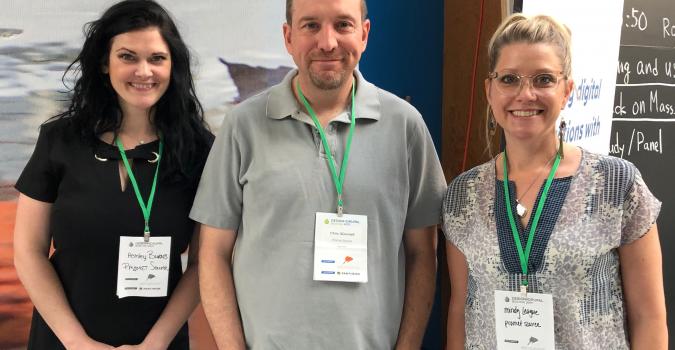 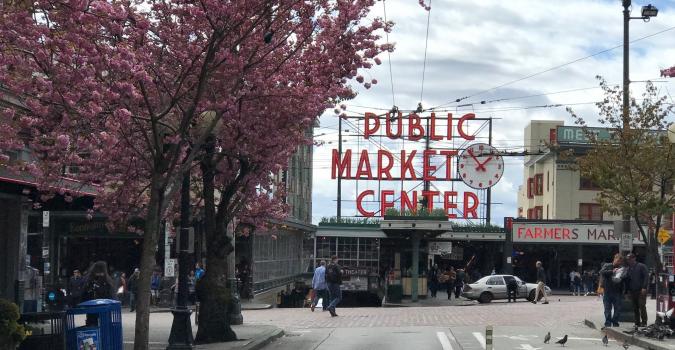 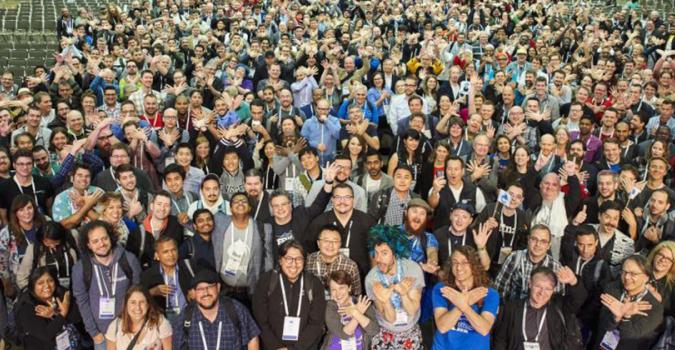