The Drive for Open Government

Can the government be as open and accessible as a git repository? That’s the aim of an ongoing program that’s being touted by the Obama administration as they released the third action plan for the Open Government Partnership on October 27, 2015.

The Open Government Partnership (OGP) is a multilateral effort that now encompasses 66 member countries in a drive to grant more access to data and open up the processes of government to more citizens. Technology is the biggest contributor to granting citizens ready and easy access to data, and the summit for OGP member nations that happened this week in Mexico will prompt all participating countries to release a detailed action plan on par with what the White House released.

There are many simple fixes in the plan and some ambitious goals as well.

The very first proposal highlighted in the plan calls for making USA.gov, which is a Drupal site, the “front door” to the government for all U.S. citizens.

Other initiatives that leverage huge pools of data and open source technology include the College Scorecard project, which offers students a comprehensive view of costs and success measures from nearly all U.S.-based institutions of higher learning. The College Scorecard also has an API that will allow developers many chances to present and analyze the data in different ways.

Another interesting program highlighted in the plan is the Open311 project that is used by many cities across the country. Open311 has been a clear success story for open source initiatives that connect local government with citizens via technology and the sharing of information.

Communication and easy access to documentation is the emphasis for most of the proposals in the action plan, a goal that’s clearly behind the Federal Infrastructure Permitting Dashboard. On this Drupal site, 11 federal agencies that each have a hand in determining large-scale infrastructure project timelines, budgets and specifications get a single destination to coordinate permitting for projects.

A section of the plan that many will view as a welcome change addresses the need to implement digital changes to the Freedom of Information Act (FOIA). There’s a call to revamp the network of FOIA.gov websites and make them easier to use for the general public in submitting FOIA requests.

Download our infographic on open source projects across the U.S. that are using the power of Drupal to drive the vision for open government. 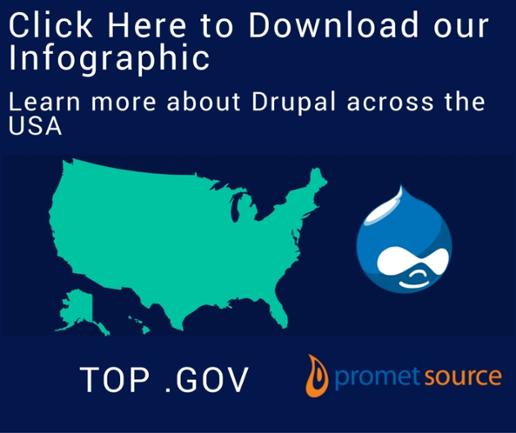