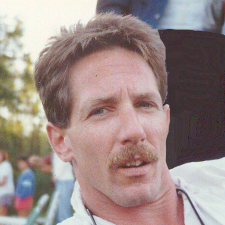 In a previous life, Bill spent years migrating every 6 months from one sports mecca to another pursuing the endless summer. His circles followed the James Dean adage: "Live fast. Die young. Leave a good looking corpse."

While finishing a BS in Computer science, Bill got his start in web development, back in the wild wild west days of the internet 20 years ago.

When PHP 4 matured back in 1999 he cemented himself as a full LAMP stack developer. When Drupal 5 was released in 1997, Bill became a Drupal specialist. Since then he’s added several other frameworks to his skillset including Magento, CodeIgniter, Backdrop, Symfony, and WordPress.

Over the course of his career Bill has added many back-end skills and technologies to the point where Dev-Ops has become a significant part of his work, including deep dives into:
- Linux system administration
- Apache server configuration
- MySQL tuning, replication and backup systems
- SOLR search integration
- Jenkins continuous integration server administration