Edward has been working in the fields of UX/UI Design and Front End Development for almost a decade. In his most recent position at Maricopa Community Colleges in Phoenix, Arizona, he was successful in launching numerous websites and applications that have helped enhance the student experience and improve web presence for the colleges. Before this opportunity, Edward was involved in the design and build of many environmental projects including sales centers, museums, and trade shows for several Fortune 500 companies. Whether on a piece of paper, a large open space or in the virtual world, all projects have revolved around creating the best experience for the user.

Though Edward received a BFA in Graphic Design from Arizona State University and an MSIT in Web Design from Southern New Hampshire University, he is a lifelong learner. Edward has completed Deque’s University on Web Accessibility and recently received a Nanodegree in React/React Native from Udacity. He always strives to learn the latest and greatest in design practices and development technologies.

Edward calls Mesa, Arizona home with his wife Elizabeth, and their two kids Emily and Ethan. All of his spare time is dedicated to exploring the world by either hiking/riding/kayaking in the outdoors or cruising to tropical destinations. Edward’s favorite quote is from a man that he was lucky enough to meet - “Design is Everything, Everything!” by Paul Rand.

Yes. The PDFs on Your Website Need to Be Accessible 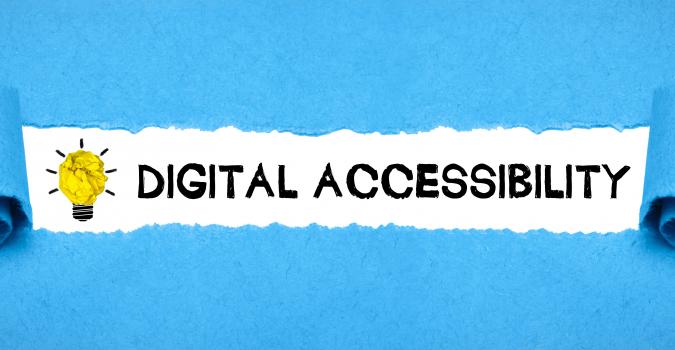 A Quick Guide to WCAG Principles and Perspectives