Lots of interesting stuff was hot in 2012. Like the year before, 2012 was a year of change and transition and we learned a lot from our partners and our clients. Looking back at the year that was, and thinking about the upcoming year, we’ve come up with some observations. Let us know what you think. Do you agree or disagree?

To no one’s surprise, mobile continues to be a force in the marketplace and remains at the top of our list. It’s clear that by the end of 2013, mobile devices will be on par with desktops and laptops as a common web access device.

Our own Promet Source’s web traffic from mobile devices grew over 275% year over year from May 2011 to May 2012. On Amazon alone, mobile e-commerce accounted for over $1B in the trailing 12 months. We continue to see the impact of this tremendous growth, as an increasing number of our projects involve some component of mobile app development, often leveraging Drupal as a data store, e-commerce platform, and more.

Hot on the heels of mobile is a very important offspring, Responsive Web Design. RWD is the approach to web design that allows for the optimal rendering of site and content, regardless of the viewing environment.

More than just displaying a website as small, medium or large, good RWD takes into account not only the user’s web viewing device, but who the user is, where the user is, and how they are consuming the content. At Promet we don’t enter into a project these days without addressing RWD upfront.

Our takeaway: Say adios to the separate site at m.somecoolsitename[com] -- RWD is going to continue to expand rapidly and become the default choice if not simply a "must have" standard requirement for sites.

It seems like everyone wants to be friends on the web. The sharing of API’s has become commonplace and in order for a site to realize it’s growth potential, the old adage, “he who has the most apps wins” must be taken into consideration often at the get-go.

Having an API or at least having one on the product roadmap is becoming an accepted standard for startups and government organizations alike. As a developer, your choice of API’s is endless. As a web surfer, your ability to access applications and glean content has never been easier.

In keeping with this trend, we fully expect to continue our growth in API planning and development services not just with our startup clients, but with larger organizations who are seeking more and more integration options as well.

Not so fast. Just as fast as new startups rollout their API’s, other organizations roll them back in. For example, Foursquare caught flak around an unsavory app, “Girls Around Me” that utilized their real time public data feed. Foursquare quickly banned the app and made changes to their API policy that would curtail certain abuses of users privacy.

In addition to the Foursquare controversy, both Twitter and Facebook got stingier in the free use of their respective API’s. It seems that Instagram was a huge user of a portion of Twitter’s API -- the Friend Graph -- and due to capacity issues, Twitter placed restrictions on that usage.

The lesson here is don’t just think about getting your API out the door but consider how it may be used and make sure you are putting some sensible policies and terms of use in place.

We’ve been hearing about the cloud for a decade now. And lately it has become a household word -- soccer moms have a general understanding of the cloud because they can back up their iTunes playlists. The reality is that not only has the cloud arrived but that it will continue to grow to way beyond Cumulonimbus size.

Within the cloud infrastructure, segments that continue to see strong growth with no signs of slowing down (according to Gartner) include Software as a Service (Saas), Infrastructure as a Service (IaaS), and Platform as a Service (PaaS). At Promet we wholeheartedly concur. Whether you are going straight to public cloud for your services or building private or hybrid clouds, the move to developing, delivering, and managing software, infrastructure, and platforms “in the cloud” is the way to go.

We continue to see this growth reflected especially in demand for our DevOps services to help clients build and automate their development and operations processes for high value applications such as Drupal on cloud infrastructure. 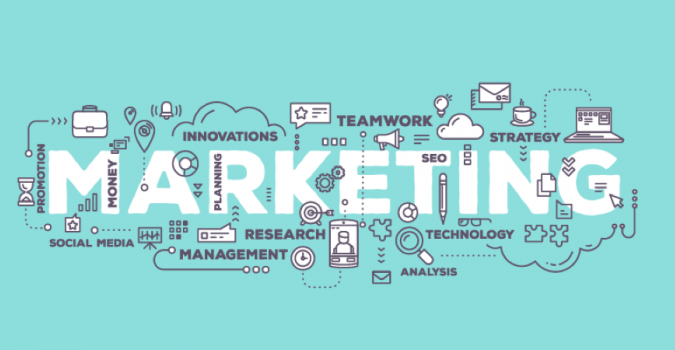 Marketing in a Time of COVID-19