October 2015 a Huge Month for Drupal

The big news was that Drupal 8 had its first release candidate on October 7, 2015. The community poured a lot of effort into getting Drupal 8.0.0-rc1 out of the gate. Developers and Drupal shops should be excited about the potential for building in D8 with the off-the-shelf modules in D8 core. Now that there is a release candidate available to the public, the arrival of a stable release seems more likely to drop by the end of 2015.

Several communities are getting together this month to talk about Drupal 8 and other exciting news across the world of open source and Drupal in general. The first meetup is actually starting this weekend at Baltimore Drupal Camp.

From there, Drupalists in the southeast has another chance to learn with their peers in DrupalCamp Atlanta. The camp is taking place at Kennesaw State University's campus, just northeast of Atlanta proper. DrupalCamp Atlanta starts October 16, 2015.

Last but not least for Drupal camps this month is DrupalCamp Ohio, taking place the weekend of October 23, 2015. The camp is being held on The Ohio State University campus in downtown Columbus, OH. Of course, we'll be attending and Promet Source is sponsoring this camp as well. You can register now! 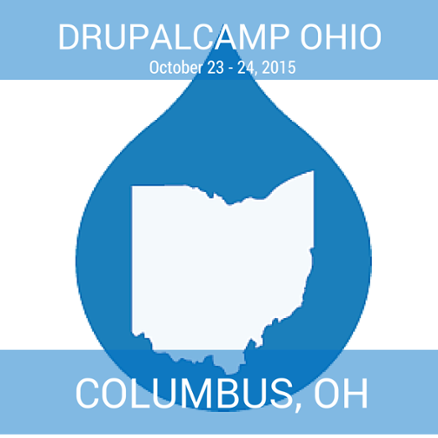 Coming up next month...

While October has tons of exciting news for the Drupal community, there's still more action and more learning opportunities in the next month. Drupal Global Training Days are November 20 and 21, 2015 so save the date. We are working with our local Drupal users' group to coordinate something for the upcoming training days, so stay tuned for more updates from Promet Source on training in the Chicago area.

If you want to keep in touch about Drupal meetups, training and camps then make sure to subscribe to our newsletter and follow us on Twitter!