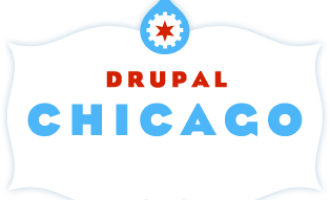 Chicago's On the Map

Chicago seems to always be competing for a piece of the pie in the national and global recognition battle.  This struggle spans from sports teams, to types of pizzas, featured settings in movies, all the way to Olympic bids.

One area that Chicago has become particularly competitive in recently is web-based companies and startups.  Groupon has become a household name and there's no denying its correlation to the city, but that name is not the only online presence.

Chicago has been a major player in the web scene for the past 5-10 years now with some notable companies on the development side - Performics (www.performics.com) and Acquity Group (www.acquitygroup.com) to name a couple, as well as the affiliate marketing side with the giant ShareASale (www.shareasale.com/) as well as other well known names - EWA (www.ewanetwork.com/) and Adfoundry (www.adfoundry.com/).

Promet Solutions has had its home in Ravenswood for quite some time now and has come to represent the expansion of development based companies on the north side of the city.

Being a startup in Chicago now holds its own reputation and meaning as many companies have recently expanded to having a global impact.  But does the city have enough talent?

We at Promet like to believe so, and despite not being on a coast, we know that Chicago is home to some of the finest developers and entrepreneurs in the country.  Much of this is a product of recent emphasis on business school development by just about all of the major universities in the city - of which there are quite a few considering that Chicago is one of 6 cities in the country to house more than 5 major universities.

Promet pulls its talent from many Chicago natives as well as others who came to the city looking for opportunities in a growing market.

Can Chicago Retain Its Newfound Status?

One impending problem is always right around the corner.  "Let's move to California!"  If you've watched the film 'The Social Network' you'll understand the appeal that the west coast has for new technology-based startups and entrepreneurs.

Will Chicago be able to keep its growing status considering the constant temptation of places that do not have cold weather for 7 months a year.

Additionally, the recent Affiliate Nexus Tax War (www.zdnet.com/blog/violetblue/amazon-drops-california-in-growing-e-commerce-affiliate-tax-law-war/485) has laid waste to the state of Illinois and motivated Amazon to sever its connection with thousands of active Illinois affiliates, destroying jobs and pushing Illinois based retail merchants and other larger companies that employ teams of developers out of the state.

Don't believe the hype?  Or maybe you're looking to make some new connections?  Then take a look at CDMUG (www.cdmug.org) to get an idea of how quickly the Drupal community in Chicago is growing.